Informal Meeting of Agriculture Ministers, 7 and 8 February 2022 in Strasbourg

Strengthening agricultural and forestry models for the good of the climate: low carbon agriculture

The EU has taken on an ambitious target: achieving climate neutrality by 2050 and thus meeting the goals of the Paris Agreement. Carbon neutrality is defined as the capacity to offset as much carbon as we emit, while taking account of all the greenhouse gases that are responsible for climate change. Two levers of action will make this possible: reducing greenhouse gas emissions on one hand, and on the other hand, increasing the number of carbon sinks for carbon sequestration to offset unavoidable emissions. With this goal, in July 2021 the European Commission published the “Fit for 55” legislative proposal, which raises the EU’s ambitions with the objective to reduce net carbon emissions by at least 55% by 2030 in comparison to 1990.

This legislative proposal assigns the agriculture and forestry sectors ambitious goals for reducing their emissions, while recognising their unique role in land-based activities due to the carbon storage properties of soil and biomass.

This major issue of agriculture and forestry’s role in mitigating climate change has already been the subject of work at European level in the Council and the Commission. In its recent communication of 15 December 2021 on sustainable carbon cycles, the Commission presents concrete actions to make progress on the matter. It proposes developing a new green economic model based on low-carbon agriculture, namely reflected in the implementation of a certification framework based on carbon sequestration.

Towards agricultural systems that produce solutions

This transition of farming systems requires support beyond public financing through increased private funding, in particular in the context of voluntary carbon offsetting, which allow buyers of carbon credits to contribute to funding the low-carbon transition in the agriculture and forestry sectors.

The aim of this meeting is to make shared progress on these matters to ensure the future European framework meets the challenges facing the forestry and agriculture sectors in order to fully participate in mitigating climate change. It will be an opportunity for the Member States to share their experience and in particular for Minister of Agriculture and Food, Julien Denormandie to present the concrete initiatives already in place in France, such as the low-carbon label, which allows farmers to commit to lowering emissions on their farms over five years for market-based compensation. 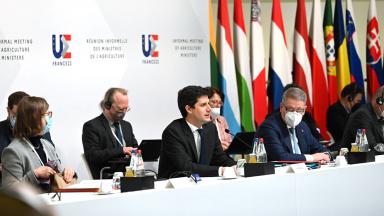 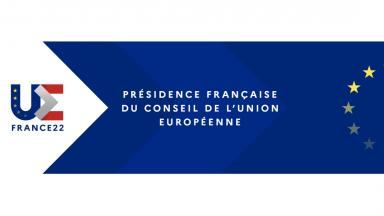